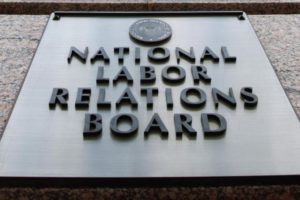 On February 22, 2019 the General Counsel of the National Labor Relations Board (NLRB), Peter B. Robb, issued a General Counsel Memorandum (“GC Memo”) addressing existing Board law regarding both the duty of private sector unions to notify their members of their right not to pay full union dues, as well as the rights of employees to revoke dues authorizations previously given to their unions.  While the GC memo does not have the force and effect of Board law, it nonetheless is important to be aware of, as it provides direction for the Board when ruling on future cases and explicitly recommends overruling precedent inconsistent with the General Counsel’s view of the National Labor Relations Act.  As such, it is reasonable to expect that the advice and directives contained in the memo ultimately will be followed by the Board’s majority and soon become law.

The GC memo first addresses the obligation of private sector unions properly to notify the employees they represent of their rights not to pay full union dues.  Such notice is most frequently referred to as a “Beck notice,” named after the 1988 Supreme Court decision in CWA v. Beck, 487 U.S. 735.  In that case, the Court held that employees represented by a private sector union can choose to object to paying full union dues (known as “Beck objectors”) and unions cannot spend any portion of the monies paid by such objectors for activities unrelated to representing those employees, such as political advocacy.  Such objectors will pay a reduced amount of membership dues.

Under current law, unions are required to inform an employee of the percentage of the reduction of dues only if the employee first decides to be a Beck objector and therefore not pay full dues.  This standard was established in the 2014 NLRB case United Food & Commercial Workers Local 700 (Kroger Limited Partnership), 361 NLRB 420, referred to as Kroger.  In his memo, the General Counsel encouraged the Board to overrule Kroger and instead hold that unions “must provide the reduced amount of dues and fees for objectors in the initial Beck notice so that an employee can make an informed decision as to whether to become a Beck objector,” at the outset of his/her employment.  Under such a ruling, unions would have to inform employees of the reduced amount they would pay as Beck objectors before they have even decided they wish to object.  The General Counsel went on to state that under this new standard, unions should not be required to provide exact fee calculations and instead merely should be required to make a good faith determination in order to provide a reasonable estimate to employees if the union had not had to deal with objectors in the past.  If the Board effectuates this change in the law, the most likely effect would be that more employees would choose to object, and therefore not pay full union dues, than currently do, thus weakening unions.

The second issue addressed in the GC memo relates to the right of employees represented by private sector unions to revoke a previously-granted dues deduction authorization.  Under Section 302(c)(4) of the Labor Management Relations Act, dues checkoff is permitted only if employees have the opportunity to revoke an authorization at least one time per year as well as upon expiration of a Collective Bargaining Agreement.  Many unions provide specific windows of time in which notice of such a revocation must be provided in order to have effect.  According to the General Counsel, such a requirement is unlawful.  He states that any “clause containing the window requirement is…unlawful under Section 302(c)(4)…because such windows may operate to eliminate or cut short the employee’s statutory right to revoke at contract expiration..” and therefore they are “facially invalid under the [National Labor Relations Act].”  Therefore, the General Counsel urged the Board to overrule yet another prior holding in Frito-Lay, 243 NLRB 137, a 1979 case in which the Board permitted the use of pre-expiration revocation windows.  However, he stated that window periods based on employees’ anniversary dates of signing a dues authorization do not violate Section 302(c)(4) and therefore should continue to be permitted.

The General Counsel went on to state that he believes that any union that continues to receive dues from an employee who has provided a written revocation request at or following the expiration of a Collective Bargaining Agreement does so in violation of Sections 8(b)(1)(A) and 8(a)(3).  Despite expressing his belief that pre-expiration windows are unlawful, the General Counsel stated that since an employee may reasonably rely on such unlawful language contained in a CBA, any revocation provided within such a window must be honored as well.

The General Counsel expressed his view on additional requirements surrounding dues checkoff authorizations and revocations.  He stated his belief that requiring a dues checkoff authorization revocation to be sent by an employee to his/her union by certified mail unlawfully restrains and coerces that employee in his/her right to revoke the authorization.   He also expressed his view that it is not enough for a union merely to inform an employee who attempts to revoke a dues checkoff authorization in an untimely fashion that his/her request is not timely.  The General Counsel believes that unions must take the next step and “either inform the employee of the specific next period where revocation can be effectuated or inform the employee that the request will be honored at the next available revocation period and that failure to do so violates a union’s duty of fair representation…” in violation of Section 8(b)(1)(A) of the NLRA.

Much like overruling Kroger, the General Counsel’s direction that the Board overrule Frito-Lay and adopt his views outlined above, if followed, would have a negative impact on unions.  Such a holding would make it easier for union members to revoke their dues checkoff authorizations and for unions to violate the rights of the employees they represent, even if unintentionally.

Should the Board adopt the General Counsel’s recommendations in future holdings, private sector unions will have to be prepared to make the appropriate changes in order to avoid running afoul of the Board’s rulings and potentially face both charges of Unfair Practices as well as lawsuits for violation of the Duty of Fair Representation.  Given that the current majority of the Board shares views similar to those of the General Counsel, such decisions are likely.  Therefore, unions should begin taking proactive steps to prepare for changes in this area of the law.