Mistakes to avoid when minor beneficiaries are involved

No one likes to think about their mortality, so we often delay creating an estate plan or updating our current one. Your estate plan should be updated any time you have a major life change – for instance: an inheritance or other unusual financial benefit, a death, marriage, divorce, or birth.

This article is going to focus on the last event – birth. If minor children play any role in your estate plan, there are certain steps you need to take to ensure they receive what you wish them to receive – and how you wish for them to receive it. This applies not just to parents, but grandparents, aunts, uncles – anyone who includes a minor in his or her estate plan. Here is why – and this is a big one – under Pennsylvania law, minors are not permitted to own property.

We have seen firsthand the ramifications of what can happen when an estate plan is not properly thought out.

Example One: What you don’t know CAN hurt you

John and Jane Doe were married a couple of years ago and recently had twins. As a young family just starting out, money was tight but they wanted to make sure their children were taken care of if John and/or Jane died prematurely. They purchased some term life insurance but never got around to making a will.

When Jane passed away unexpectedly, John discovered that their jointly owned property passed to him, but the assets that were only in Jane’s name were split between him and the children because Jane died intestate, meaning without a will. Further complicating matters, the children, as minors, could not receive their inheritance until they reached eighteen years of age. The final straw was Jane’s sister (who did not get along with John at all) petitioned the Court to be appointed Guardian of the Estate for the minor children. In Pennsylvania, the court seldom appoints the surviving parent as the Guardian of the Estate of the children. (Note: Guardian of the Estate differs from Guardian of your children, i.e. the person designated to care and raise them).

Example Two: Getting only half way there

Sam Steppaletti thought he was doing everything right. He has an attorney create a trust to take care of his son Sam, Jr., age 13, in the case that anything should happen to him and his wife. He made sure that he listed his wife as the primary beneficiary of his $750,000 life insurance but inadvertently named his son, individually, as the contingent beneficiary.

Sam and his wife were killed in an automobile accident. The trust he set up for his son under his will was in existence but Sam never named the trust as the contingent beneficiary of the life insurance policy. Because his son was a minor, the $750,000 meant to help Sam Jr. was placed into a sequestered bank account earning less than 1% interest. Sam Jr.’s guardian needed some of that money to pay for Sam Jr.’s private school tuition and was forced to request the money from the Court every year to get the tuition out of the account. Court costs further drained the account. Everything that was left went to Sam Jr. when he turned 18 (and was gone by the time he turned 19).

Example Three: Sometimes it gets complicated

Joe Bloggs decided to begin divorce proceedings, severing his marriage to Stacy. The divorce was contentious and he wanted to ensure his assets would go to his daughter, Fiona, rather than Stacy and engaged in some “do-it-yourself” estate planning. He changed the primary beneficiary of his life insurance and 401(k) retirement plan from Stacy to Fiona.

Joe passed away suddenly from a heart attack before the divorce was finalized. As the estate administration began, it was discovered that Joe had not had Stacy sign a spousal consent removing her as the beneficiary of Joe’s 401(k). Without a spousal consent, Stacy was entitled to one-half of the 401(k), as she was still legally his spouse. Even more disastrous, the remaining portion of the 401(k) that named Fiona as the primary beneficiary went either to her guardian or were placed in a sequestered bank account bearing minimal interest until she reached 18.

There are a few strategies you can employ to make sure your minors are protected. The easiest method is to incorporate the Pennsylvania Uniform Transfer to Minors Act (PUTMA) in your will. PUTMA allows a minor to be named as a beneficiary of a will, retirement plan or life insurance, but names a custodian who will manage the assets in the best interest of the minor. The custodian does not need to go to court to use the assets for the benefit of the child. It also keeps the assets out of the hands of the minor until he or she reaches the age of 21 (or in some cases 25). Except for specifying the assets must be used to benefit the minor, there are no additional restrictions.

Another strategy is to create a trust. Unlike PUTMA, a trust can have additional restrictions and can postpone a minor’s actual receipt of the inheritance until later ages – or never. You may want your child to receive distributions throughout his or her lifetime rather than in one lump sum. Perhaps you would prefer the child does not receive the balance of the trust until they are older or once they have completed college.

The strongest reason for having an estate plan is to ensure your belongings are distributed in the way you wish. Although writing a will sounds straight forward, there are laws that will affect your estate and an unlimited number of scenarios that can play out that you may never anticipate. Especially if you have minor children or dependents, it may be very worth your while to consult with an attorney to ensure that you are not unintentionally jeopardizing your minor(s)’ inheritance.

DOs and DON’Ts for Minor Beneficiaries 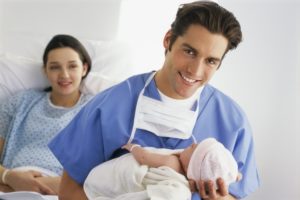 Do not designate a minor (child or otherwise) as the beneficiary of any life insurance policy, retirement plan, IRA, etc.

Do not die intestate – meaning, without a will

Do designate a custodial account or trust created by you (or by your will) for the benefit of the minor as the beneficiary of life insurance policies, retirement plans, IRAs, etc.