On January 25, 2019, the National Labor Relations Board reversed a 2014 Board decision regarding the standard it applies to determine whether to treat franchisees as employees or independent contractors.  In SuperShuttle DFW, Inc., the Board held that franchisees are independent contractors, not employees, and therefore not subject to the National Labor Relations Act.  This holding overruled the Board’s previous one in FedEx Home Delivery, in which it had held that franchisees were to be treated as employees subject to the provisions of the Act.  This holding is in line with other, recent Board rulings which have overruled or reversed several decisions that the Board had issued during the Obama presidency which were seen as expanding workplace rights of employees. 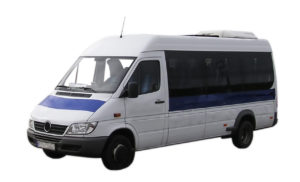 The specific question posed to the Board in SuperShuttle was whether the franchisees of SuperShuttle Dallas Fort Worth, which operated shuttle vans at the Dallas-Fort Worth, Texas airport as license holders with the parent companies/franchisors SuperShuttle International and SuperShuttle Franchise Corporation, are employees (and therefore covered by the Act) or independent contractors (not covered by the Act).  The franchisees were required to sign 1 year agreements that identified them as independent contractors.  Despite these agreements, Amalgamated Transit Union Local 1338 petitioned to represent the SuperShuttle DFW shuttle van drivers, asserting that they were employees with rights under the Act.

Under the Board’s holding in FedEx, the drivers likely would have been treated as employees and therefore been covered by the protections of the Act.  However, the Board explicitly overruled that holding, finding that the Board had fundamentally and impermissibly altered the applicable common law independent contractor test in that case.  In so holding, the Board restored its previous independent contractor standard.  The test applied under this standard focuses on several factors in order to determine the status of franchisees: (1) the extent of control exercised by the employer over the franchisees; (2) the method of payment between the parties; (3) the instrumentalities and tools used and place where the work is performed; (4) supervision;  (5) the relationship that the parties involved believed that they had created; (6) engagement in a distinct business; work as part of the employer’s regular business; the principal’s business; (7) length of employment; and (8) the skills required for the work.

Applying this test the Board found:

In so finding, the Board held that the franchisees involved are independent contractors, not covered by the Act, and therefore dismissed the petition of ATU Local 1338 to represent the proposed unit of employees.

Why this decision is important for you: This decision impacts the ability of private sector unions to extend their representation to a significant portion of the workforce.  While the holding arguably can be characterized as merely restoring the standard applied pre-FedEx, it undeniably rolls back the ability of private sector unions to grow their membership and serves as a bar to franchisees to bargain with their franchisors.   In issuing this ruling, the Board continued its recent trend to expand and/or restore rights to employers.