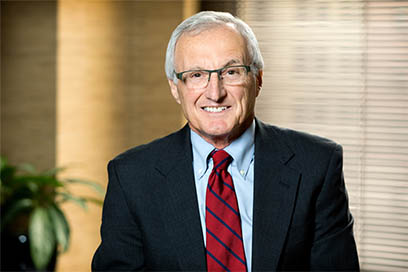 Louis Kushner’s concentration of practice is in the representation of executives, minority shareholders, and professionals such as attorneys, CPA’s, physicians, teachers and college/university professors with respect to their employment matters.

He also has an extensive mediation practice, having mediated over 700 cases. He is a Mediator and Early Neutral Evaluator for the United States District Court for the Western District of Pennsylvania. He is also a mediator for the American Arbitration Association National Panel of Mediators, FINRA, and the National Employment Mediation Services Panel.  He served as Senior Editor for a book on alternative dispute resolution in employment law published by BNA. He has mediated a wide range of cases, including class actions and multiple party cases, sexual harassment, discrimination, and other employment, commercial and tort cases such as franchise, contract, construction and business and corporate disputes.

Louis is an Elected Fellow of the College of Labor and Employment Lawyers, and he has been selected as one of the Best Lawyers in America in every edition of The Best Lawyers in America® since 1987.  He was chosen as Best Lawyers’ 2010 Pittsburgh Labor and Employment Lawyer of the Year and as Best Lawyers’ 2015 Pittsburgh Mediation Lawyer of the Year.  He has been named a Super Lawyer every year since 2005. In addition, he has been recognized as one of The Top 100 Pennsylvania Super Lawyers and one of the Top 50 Pittsburgh Super Lawyers. Louis is rated AV® Preeminent™ by Martindale Hubbell.  Louis was listed in the 2020 Lawdragon 500 Leading Plaintiff Employment Lawyers guide. Based on his reputation and experience, Louis is often asked to speak to bar association groups, universities, law schools and other professional and educational groups both nationally and internationally.  He served as a member of the Board of Directors of the Pennsylvania Bar Institute, where he frequently volunteers as a speaker, course planner and as chairperson of its Employment and Labor Law Curriculum Advisory Committee. He was honored by the City of Pittsburgh by having October 28, 2008 declared by proclamation “Louis B. Kushner Day” in recognition of 40 years of service as a nationally distinguished Mediator and Labor and Employment attorney with the law firm Rothman Gordon and the Pittsburgh community.

Louis received his B.S. in Accounting from the Pennsylvania State University and his J.D. from the University of Pittsburgh School of Law.