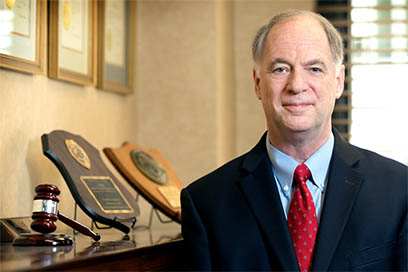 Bill has worked as a private attorney for over 25 years in Pittsburgh, concentrating on grand jury and criminal defense matters in federal and state court.  These matters included representation of victims, witnesses, and defendants. He also handled complex civil litigation involving contract, disputes, employment, securities fraud, and mortgage fraud, and conducted internal investigations for clients.

Bill’s years of diverse public service in Harrisburg and on the bench in Allegheny County generated his interest in ADR, Mediation, and Arbitration. He is certified as a Civil Mediator by The National Judicial College. His years in private practice handling complex civil and commercial litigation, coupled with his skills developed while on the bench, have uniquely qualified him to assist parties in achieving a fair settlement without costly litigation. In addition to facilitating civil mediations, Bill draws on his extensive experience as a Judge working in the Family Division to resolve equitable distribution and child custody cases. While on the bench, Bill also volunteered to preside in the Criminal Division with offenders in Veterans Treatment Court to address the unique risks and needs of veterans involved in the criminal justice system.

As a Commissioner of the Pennsylvania Commission on Crime and Delinquency (PCCD), and as Chair of PCCD’s Mental Health and Justice Advisory Committee, Bill helped to develop a statewide strategy for individuals in the criminal justice system who have mental health issues.  As PCCD’s representative, Bill was appointed to Pennsylvania’s Behavioral Health Commission for Adult Mental Health. Further, Bill  is an Adjunct Professor at the University of Pittsburgh School of Law teaching Mental Health Law.

Bill is an active member of the Allegheny County Bar (former Chairman, Federal Court Section) and the Pennsylvania Bar Association. He serves on the Board of Trustees for ACHIEVA, the Youth Outcomes Advisory Board for Big Brothers Big Sisters of Greater Pittsburgh, and is Chair of the Board of Directors for the Autism Connection of Pennsylvania. He also worked with researchers from Duquesne University and the state’s Bureau of Autism Services to develop training for Juvenile Probation Officers: to identify juvenile offenders who have autism; and to divert them out of the criminal justice system and into appropriate treatment. In 2016, the Allegheny County Council appointed Bill to serve as a Member of the Accountability, Conduct and Ethics (ACE) Commission, where he also acts as Chair.